When I read the reviews about Empire Tile I wrote this place off but two of my friends mentioned that they got just what they needed from Empire and so I thought it would not hurt to go and see and well I could not have been more delighted with their customer service over the phone and their customer service in their store.  I was really afraid that since I did not have a large contractor job that they would not want to help me but that was not the case and I was helped by a very nice lady named Rhonda and she pulled prices on the tile that I wanted and found the corner pieces and v-caps that matched so I could re do my kitchen counter tops.  We also bought grout and sealer there.  Just so we are clear about something we went after 4 p.m. and the place was absolutely empty but if we had showed up at 7a.m. there would have been a huge line of all the contractors that use Empire, they would be ordering or picking up what they needed for that days jobs and you have to understand that Empire would want to see to their repeat customers first instead of a homeowner with a small job and to me that's fair, I might spend $500 with them but a big contractor over a year maybe spends over $100,000 with them and you have to know that its just good business to take care of the repeat customer first.  So this is a excellent store and they were very nice to me but i did not go at a time when they were hugely busy and pushed to get every ones order done and it worked out great. They have a excellent selection and all the people are very nice and very knowledgeable and I have had a great experience and they saved me a lot of money.  Do not be afraid to try this place because of the other reviews, they have been the best tile store I have been in by far and they only charged my half of what the other places wanted for tile I really did not like.  Good experience, Give it a Go. 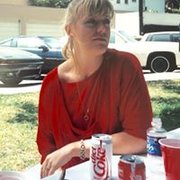 Jennifer G.
We at Empire Tile and Marble Supply want to make sure you have the right products for your special project as well as the knowledge to care for your tile, marble and stone once you made your selection.To assist you we’ve compiled this resources page that we believe provides you with the most accurate, up-to-date information available. As always, please feel free to contact us with any questions you have. Try the Grout Calculator. There is not a better grout and mortar calculator on the web!